Not so long ago I found a small rant by a friend on mine on a certain internet atrocity known as Moon over June. Since I am masochistically addicted to bad web comics I had to check it out. Oh my, were they right.

If that wasn't enough, these totally sensible introductions go on for 20+ pages. Whatever happened to showing not telling what the characters are about?

Hatsuki Akagawa
As I mentioned in the downfall, she hates her parents and everything Japanese with a burning intense passion cause her parents accidentally gave her name the wrong Japanese pronunciation. Sure kids get shitty names, and get teased for them. But how hurtful, and how many people could tease her, because of some half-assed Japanese? That is what's given credit for making her a lesbian by the way.

Summer Winters
Should really be the one pissed at her name, what parent does that!? Eh-hem anyway Summer comes from a big family and hates men because her brothers teased her apparently. Her irrational hatred of men is explained as the “reason” for her lesbianism. Once her parents find out about her forced sapphic tendencies they sent her to an all girls catholic school. Yep you read that right! That's like trying to cure a meth addict by locking them in a room with a mountain of cocaine. Good job writing parents. As an adult she becomes an OB/GYN. It is stated that the sight of a vagina arouses her and frequently has sex with the nurses to quell these temptations. It's disgusting and creepy for a man to get off on it, but for a woman it just makes her a better OB/GYN! This comic is about liberated women, and in no way creates freakishly creepy double standards!

Their relationship
Hatsuki and Summer's relationship is described as, “She's my roommate, well she's also my girlfriend, but really she's more of a roommate.” Despite the fact they've lived with each other for years, bought a house together, had kids together, sleep in the same bed, and basically do everything ELSE together their relationship is portrayed as hostile and spiteful 98% of the time. I'm not asking for pages upon pages of lovey dovey crap, but the two seem to hold no affection for one another even in the “friends” way. It looks as if the only reason they're living together is to make sure each of them hit their 15 climaxes a day quota. Which in no way helps the audience get invested in them as people or as a couple/friends/whatever.

Overall
The comic seems to poke fun at Hatsuki's irrational hatred of her heritage and loving parents, and Summer's misandry, and their combined promiscuous behavior, but they never have any consequences for their egotistical, irresponsible, or hateful behavior so it's hard to see the comic as really disagreeing with their bat shit ideals on life. Any other character that shows up couldn't be MORE unimportant. This is exaggerated to the point that even their nanny who seems to take care of their children 24/7 has what looks to be two/three lines of dialog.

I would argue it doesn't exist. It's basically two very attractive women get to have sex with thousands of women, and never run out of new ones to seduce or find a woman they wouldn't sleep with. It's merely a series of unfunny slap-stick sex scenes haphazardly stuck together. I suppose there are some mini plot lines here and there but they tend not to go much higher then 5 pages at the most. And guess what they all deal with? Even on the rare occasion they characters are talking about something non-sex related they usually pantsless/topless, or in the middle of sex or masturbation. 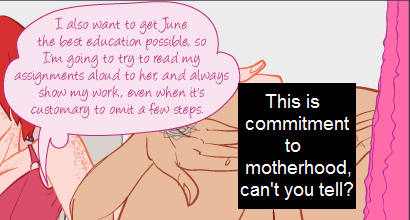 The title of the comic comes from the two daughters each of the main characters has. So they're important to the comic right?

The babies show up even less then the main characters' fully clothed. I personally think it would've been a GREAT character development if Summer's or Hatsuki's child would have been born male. They would have to confront their misandrist views and grow into better people having to raise a male child but no, no such luck. It seems as if the fact that the two women had children was made solely for the pregnancy fetish sex scenes. What a treat!

Not horrible at least. Her anatomy is... bearable, but she makes weird mistakes from time to time. In the beginning of the comic, the girls are very tall, with freakishly thin, long legs, barrel torsos and no hips. The coloring is a bit on the obnoxious side after the purple phase. The only truly good thing to be said about the anatomy, of the bodies at least, is that there is noticeable improvement over time. The facial expressions, on the other hand, is where it really falls apart.

The thing is, she didn't start out that way. At the beginning of the comic, the expressions were slightly exaggerated for an over-the-top funny effect and it worked well back then, in my opinion. However, as time wore on, her characters' mouths have gained the same elasticity as their vaginas. They have become enormous, without aim, and occupy a vague area where the mouths should be. I understand her comic is supposed to be funny, but in recent years, the mouths are so exaggerated in a pathetic attempt at humor that each time you see them, it's embarrassing instead of funny. The other aspects of the expressions are bad as well with a bad case of cross eye and eyebrow float, but the mouths are truly what is the most distracting and awful thing about the art. 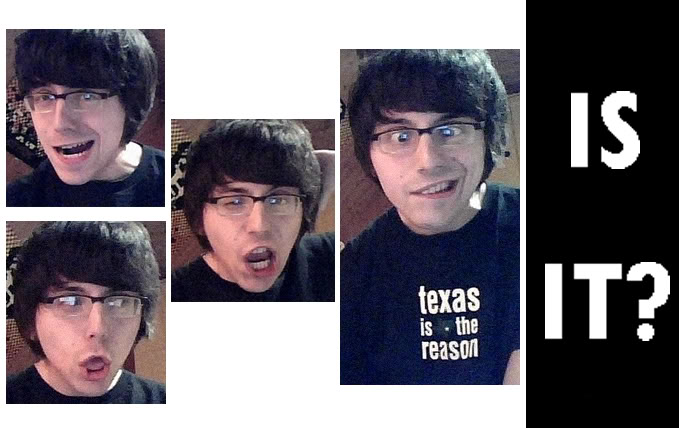 My guess is it's supposed to be a comedy along the lines of the classic Sexy Losers or Oglaf kind of sex based humor. Problem being it's not funny. Not even a little. Below is the author's recipe on making a joke. “Take one (1) classic joke. Whip in a bowl until escalated to absurd levels. Add a dash of nudity and two (2) heaping tabelspoons of screaming. Serve cold, with a twist on the end.”

Stealing I MEAN ~taking~ a classic joke probably explains why most jokes are cliché and eye-roll worthy. Also I'm struggling to see why screaming or nudity is needed. To be quite frank I'm not quite sure what a “tabelspoon” is anyway.

Beside the jokes being old and overused most of the time they're just painfully awkward and cringe worthy.

Yeah eating disorders are ~fads.~ Yet if try to have a conversation, a character doesn't FEEL LIKE having with you, you'll be berated as homophobic in order to get out of it.

To sum it up: overused, offensive, awkward, unfunny jokes.

Woc ~presents~ themself as a sapphically inclined female, but there is the sneaking suspicion they may be a trolling heterosexual male. Due to a few trends that seem to present more commonly in male lesbian fantasies then female ones.

-Gratuitous sex for no real reason. Very, very gratuitous.
-The depiction of lesbians as sex-addicted freaks.
-Every girl is totally willing to be seduced by them.
-Very few or no men in the comic. We can't fap to that after all!
-The characters, particularly Summer, actually PREY on women thoughtlessly.
-Ignorance on some female related issues such as birth control/conception, and clitoral piercings.
-If Woc was truly a gay female, I'm confident that he or she would not need to provide "reasoning" behind the lesbianism of the two girls. Because secretly, every girl is straight, amirite?!?1

However we can't really know for sure what gender this elusive creature could be.

The webcomic feels to me as a giant stack of mary-sue sexual wish fulfillment disguised with some half-assed jokes. It's a “story” of two attractive women who are never turned down for sex with hundreds of young, attractive, thin women (never the same one twice and frequently seducing straight women) without the risk of STDs or WORST OF ALL the dangerous and disgusting risk of a relationship. 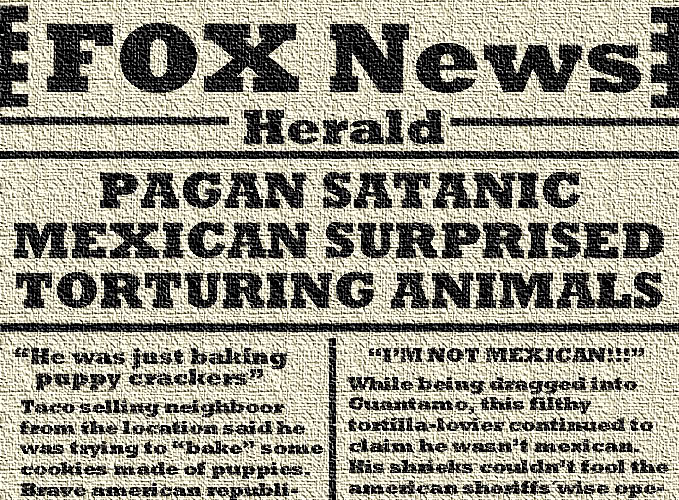 UPDATE: Good news for a change; this horrid webcomic is now off the internet. Yay!