Recently, meme spawn zones have undergone some change in their content. A couple of years ago, you would only find photo edits and recycled memes from around the net over and over again. Now, some "artists" have found these sites very handy for promoting themselves as "comic artists". Got to be frank, I don't know exactly how they work, but if my theories are somewhat correct, they are some sort of ass-pat machines for people who wish not to be told they suck*.

So yeah, from time to time, you'll find a flashy cartoon in your Memecenter notifications which you will click anyways. After all these years, your brain has been trained to simply click on two things: the promise of boobs; and whatever meme-related image you can find. This time, I thank Mark Zuckerberg for creating the option to "remove apps" in your accounts settings. Who knew, they guy's not a complete dick, after all.

(*) As in "You need to improve your (insert technical subject); and work harder on (insert glaring flaws)

The premise is that of three roommates (how original) having wacky shenanigans closely-tied to their entertainment and social tastes. Essentially, yet another couch-gag comic about video games, and whatever culture is pop at the moment.

Apparently, for a humor comic that focuses on trends and hobbies (and politics, and religion, and ideologies, and observations from almost all fields... Fuck sticking the the theme, right?), it seems like the author dedicates wastes a considerable amount of time trying to "build up personalities" for his spank material characters. Here the author gives us a bio for his characters. Age, "jobs", likes; and a small "character quote" which supposedly describes how "complex" this one-dimensional sponge-for-a-personality character is.

It's pretty much a waste of time, unless ye ar'ere fer dah bwebs! Since the humor is supposed to be observational anyway, there really is no need for these kinds of elements. Backgrounds? Family relationships? That has nothing to do with games or hipsters at all. From my experience with gamer friends, we hardly ever talked about our personal life, so why in gods name would we want that in a comic about video games? Even if that is any important, it would go as far as how much is that related to videogames. And he also fails at it. I can't say the same about hipsters. But that's only because I don't know any. Still, I think that if I was a hipster looking to read a webcomic about hipsters I would want for it to have more than just the word "Hipster" in the title. This problem continues as the comic does and only gets worse once the author shows us how the girls ended up living with you (wish) Artur (the emo guy who apparently isn't an emo. He just doesn't know what grooming is).

The point is, if the jokes aren't funny and anyone who isn't there for a laugh just wants to look at cartoon tits, then no amount of backstory shoehorned into this comic will make these bland, one note characters interesting.

Fapo's not entirely a moron when drawing. His only flaw is that for both genders, he only knows ONE BLOODY SINGLE body type, and ONE BLEEDING SINGLE face. No kidding. He rarely uses many characters at once, but whenever he does, they all look the same, or very similar to others he has done before.

Hardly any variety in the characters' basic body types.

Speaking of generic body types, why don't we talk about boobs? For some reason, the guy ALWAYS features his female cast in provocative poses and kinky outfits. "For some reason". Why would a woman play video games in her undies? Ok, some do, but most female gamers I know usually play while dressed in their indoors clothes, which consist of shorts, shirts, pajamas, and not the kind of clothing you only expect to find in a porn movie or a strip club. I have to be frank, I'm not the only one who noticed. As much as I would like to think everyone on 9gag is too brain damaged to function, people at meme-hosting sites will actually make plenty of remarks about excessive boobs.

We here at the Bad Webcomics Wiki have reached the conclusion that "Gamer girl" is INDEED a GAMER GIRL *cough*attentionwhore*cough* rather than an actual GIRL GAMER *cough*geekwithavagina*cough*. That alone makes that character as unrealistic and unrelatable as possible. And kind of an offense to actual geeks with vaginas.

Though, this being a comic about comedy, one would say "fuck it! Fun's what matters" Then...

... You realize most jokes are either outdated or they have no basis to stand on. In Fapo's mind, somehow it's still 1996, and ALL gamers are vicious criminals due to playing video games. I mean it. These claims have been proven void long ago. People in the media still act like it's not true for the sake of headlines, but most people in the gaming community have come to realize this isn't true... but not this guy! For someone making a comic for gamers he sure makes them look bad, which would have been fine if he was making jokes about their actual flaws (obssesing over pointless details, console wars, excesive pricing, compliance towards DLCs and microtransactions, bad gaming behavior, "niños rata" si solo el idiota conociera más algo además de Mario World (1), etc.) and not some outdated misconception. Also, Apparently, it's funny to mock players for going back to an annoying dungeon just to check a room. Doesn't he know that you never leave a dungeon until you sacked the hell out of it? Has he heard of "pack rats"? Since when does anyone go back to a dungeon unless it's for grinding? He seriously gives me the impression of a guy who never actually plays RPG's and yet wants to fool people into thinking he's "one of us".

Then there is him talking about hipsters. I'm being honest here, AFAIK, Hipsters are people who dress funny, purchase weird, outdated stuff, and act all high and mighty due to a false belief that they are not part of the "mainstream"... even though being part of a subculture in which everyone dress all the same and like the same stuff unanimously is the clear definition of "Mainstream".

However, in Fapo's eyes, hipsters are parasitic, annoying, assholes who lacks respect for anyone but themselves. Although this is partially true, this isn't the stereotype. The "hipsters" in his comics resemble real hipsters thanks to him putting glasses on them no more than the ones in Questionable Content do thanks to their tshirts. Plus, I don't really see him doing anything like mocking them for their tastes, or their views. It's more like he grabbed a bunch of subcultures and mixed them in a blender to get whatever the fuck that woman is.

The rest of his characters are simply nonsensical. Like on one comic where the main male character wonders how it would have been to be Joseph during their scape from Roman soldiers, with his pregnant teenager wife about to give birth to the next big thing since mankind switched from hunter/gatherers to sedetarism. Again, this preise, random as it may be, has PLENTY of stuff to make fun of, yet he forces the hipster into the scene to do "hipster" things because... fuck you, Imma draw da tities!!! So the punchline feels out of context. If the comic had a tittle like "What if Joseph had married Hipster Girl", maybe the joke would have made some sense (still wouldn't have been funny). And maybe that's the thinking process behind it, however, since the set-up is all wrong, the joke is lost forever.

Then we have his VERY IMPORTANT OPINIONS on politics. Ok, wasn't this comic about "gamers and hipsters"? Does he know so little about these two topics that he must resort to "controversy" to hit the page-a-week mark? Maybe he wants to display his ignorance in a third subject? Sometimes, his opinions feel more like whatever the popular opinion is right now, rather than his own unbiased take on the subject. So anyways, he's mixing way too many themes into a single comic but failing at all of them.

So far, he claims to have worked for several publishing houses as well as making newspaper comics. Also, he claims his designs have been used in websites of other businesses. If you don't know what that means, it means that he's sold them to companies (most likely small business)-you know, just like ANY other graphic designer on the planet does for a living. Also, he has a blog where he uploads plenty of pinups of the same women dressed up as super-heroines and other famous character. This alone is worrying. All these pinups are but a lame attempt to attract fans to his comic. Though, given his rather acceptable level of art, he could easily make a living off commission and regular work.

However, what I find most important, is how he fails at what he claims to have the most expertise at. He's been a cartoonist for some time already, so shouldn't that fact be reflected in Living with Hipster Girl and Gamer Girl? As a political cartoonist, excluding the biased type, shouldn't he know MORE about what he is talking about before he writes any jokes? Well, let's cut the fat off, he doesn't.

The man is a hack.

Well, what did you expect from something hosted on a meme site? Maybe he only knows about the topics he talks about because he did some designs for a video game store or something and thought to himself "Hey, this is easy! I learned a lot from watching these guys at the 30 minute meeting. Let's make a comic about them!". Or maybe he's working using his friends as models and he doesn't really pay much attention... Who knows?

Whatever the case is, his webcomic reflects his ignorance about the issues he discusses. From ALL the source material he could make use of for MANY good jokes, he picks NONE. And his lack of focus on a single subject only puts his shitty comic at the same level as Sore Thumbs. Hell, it almost feels like he's trying to copy it. Just take a look at his ONLY comic about the privacy controversy of the Xbox One. It's not like he's even trying. The GODDAMNED skank is taking a shower with her curtains and door WIDE-FUCKING open... Wait, does that have ANYTHING to do with video games!?

Well, there you have it, Fapo. You are simply a person who is not a competent comedian as proven by you wasting EVERY pop-fly opportunity to make a funny joke. 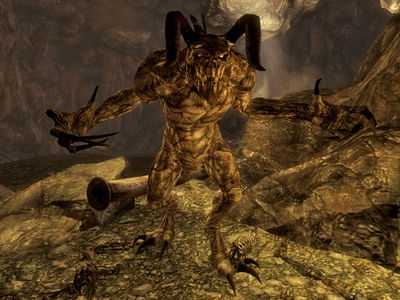 Also, this dude here would love to talk with you about todays video game difficulty levels

UPDATE: The Spanish-language edition may still be around, but the English-language version is definitely gone.

Update 2: Found the current version of the webcomic. Both English and Spanish versions are actively updated.