One of many webcomics originally spotted when looking through the link sections of other trans-centric webcomics. Rarely a good sign. Though in this case, its more akin to an elder sign - basically: brace for sanity loss.

The following video would be an apt summary of this webcomic, if the cartoonist was actually able to produce funny content and word her struggles in a way that enticed an audience:

This is an illustrated blog - hell, the host site for this comic is a Tumblr blog... so... ya. Nothing to really mention here

It's not as if this wiki hasn't seen plenty of other comics about how miserable and sad or legendarily uninteresting the lives of trans people might be. Because here's the kicker: Just because you're trans doesn't mean your life is interesting enough to make a good webcomic out of, especially when your writing and art flair appears somehow worse than someone who only knows how to use MS paint for graphics, compounded by apparently having absolutely no social self-awareness when it comes to over-sharing via the comic's writing when it comes to cringy details of how much you like touching yourself.

It is as if someone said to themselves: "Buddies in Big Places looks like shit, but I can make something worse" - and then did it. 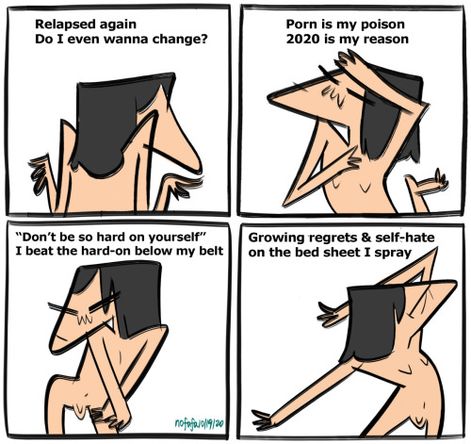 You think this is some part of a larger page, with more context? no it is not

You think the art looks terrible? You are absolutely correct. So much for that stereotype that all Asian people can draw awesome manga and anime artwork.

One "Kylie Wu" - if the Patreon link on the comic website is any indication. Yes, this joker has a Patreon - at the time of writing this review, it has 33 people paying into it.

This comic... should not exist. It is an ugly stain up the eye, and contributes nothing other than wasting server space on Tumblr.

In short, this comic has a lot of parallels with other trans-comics like Rooster Tails - it seems more to be a cry for help than anything else. At worst its a self-indulgent and self-masturbatory shit-scribble.

We need to introduce a new tag for comics like this, a dumpster fire tag.