Before we can talk about this webcomic, I'd like to bring up that this webcomic is classified as a manhwa. To those wondering what that is, and don't worry I didn't know before I discovered it either, a manhwa is a South Korean comic or printed cartoon. Sort of like webcomics in America and anime or manga in Japan. Sadly it doesn't seem like it's taken off that much in South Korea, especially with the rise of webtoons.

I say this because The Good Manager is described as a manhwa in the link I chose for the comic. So if that's what you came here to see, then there's nothing much else for you. If you came to see me rip a frankly disturbing webcomic to shreds however, you've come to the right place. And would you believe this webcomic is hosting in four places? One of which they abandoned a few chapters in?

When I first discovered this webcomic, I figured "What the hell? Couldn't hurt to look it up." I read the first three or so chapters and thought it was...okay. Nothing good or special, but probably a nice, fun if not racy webcomic. Then I found out the website the comic was on had a VIP thing that without forces you to read a limited amount of chapters.

But I was still curious and I wanted to know more about this webcomic. And then I found another site that contained all the chapters. For free.

I now regret this decision.

I'll be honest, the first four chapters are actually not too bad. Just a story about a nerd who works for a celebrity he has a crush on and is completely out of his element with everything and then discovers he has powers that make women fall for him.

And then it all goes straight to hell in Chapter 5 when he begins to abuse his powers so his fantasies can come to life.

Okay, stop me if you think this is fucked up.

A military guy named Kichee becomes the celebrity manager for a hit K-Pop group named "The Berries", something that we soon learn is a dream come true to him as he'll get to be around his crush Miji Bae. Unfortunately, it turns out early on he's a bit out of his depth (considering he can't drive for shit, it's a wonder how he got the job) and it doesn't help that the stylist loses her outfit and blames him for her troubles. So far, not a bad start.

And then Kichee snaps and tells her to apologize, breaking his glasses in the process. To his surprise, she does so. But to add to the confusion, he finds that she and Miji both now act strange around him and listen only to his commands. He doesn't know what's going on, but it turns out to be a god-send for him as not only does he get to abuse this power so he can have sex with her, he also makes her a happier person and a better actress. Only problem is now is that every girl who gets...brainwashed by Kichee gets horny for him after they have sex and at this point you've probably gotten the gist of it.

Good thing you told me to stop, that's about all I remember. And a lot more that I wanted to remember.

This is the only positive thing about the webcomic.

Wait, I need to put in effort? Damn it. Fine.

To give the comic some credit, the art is actually not too bad. Nothing spectacular or amazing, but for what it is it fits the comic perfectly. The backgrounds look clean, the characters have nice and unique designs and there is a fair and solid use of shadows. And for a webcomic that has a lot of sex scenes, they needed to be designed well. And for the most part, they are.

That said, I do need to take some points away for a few anatomy issues very early on in the comic. Take a look at some of these pictures and let me know if you see anything wrong with them: 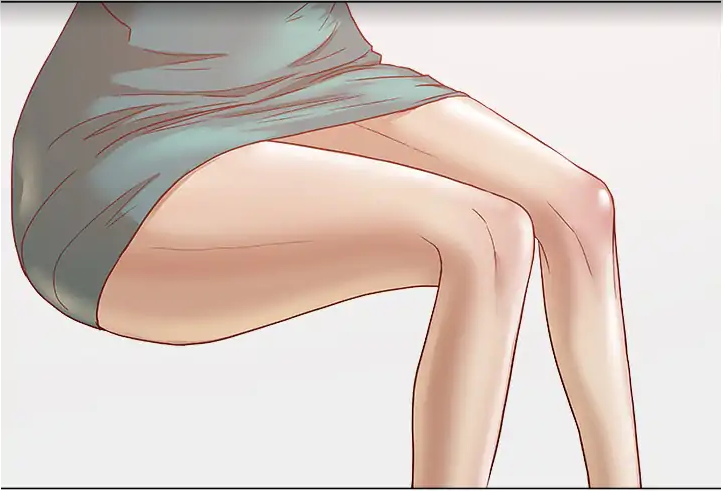 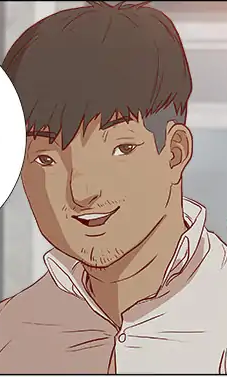 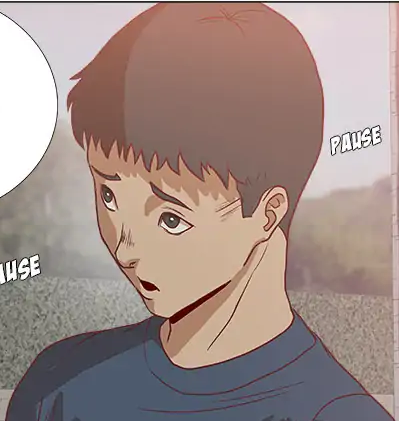 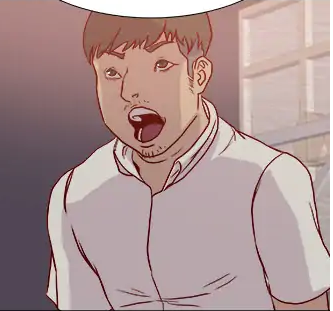 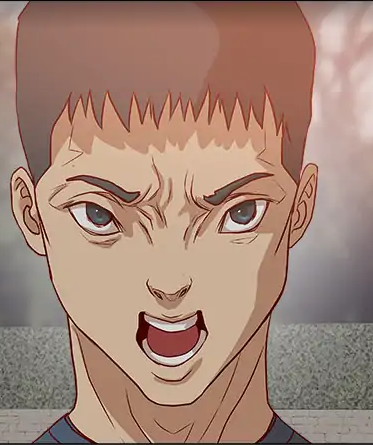 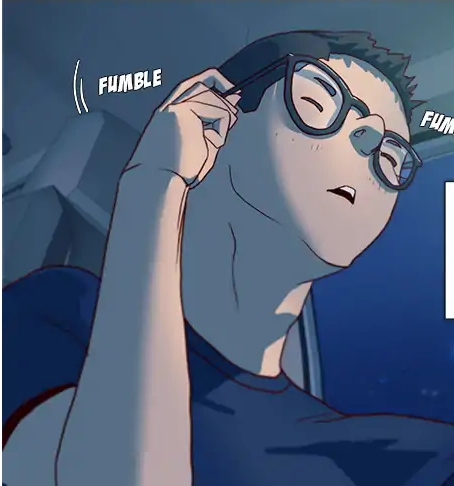 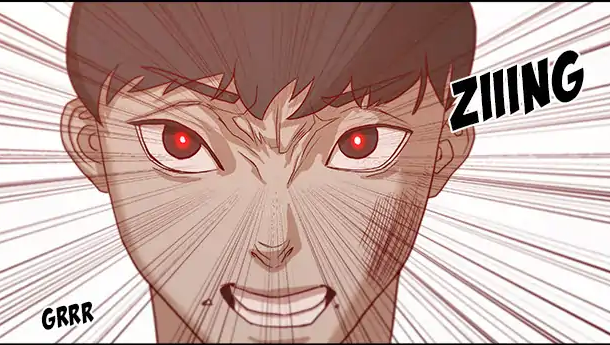 If you guessed legs skinnier than the body, eyes that don't match the same height, weird poses and...whatever the hell that last face was supposed to be, then you'd be correct! But there's one more thing this webcomic obtains, one that is very common with comics like this. Bubble breasts. 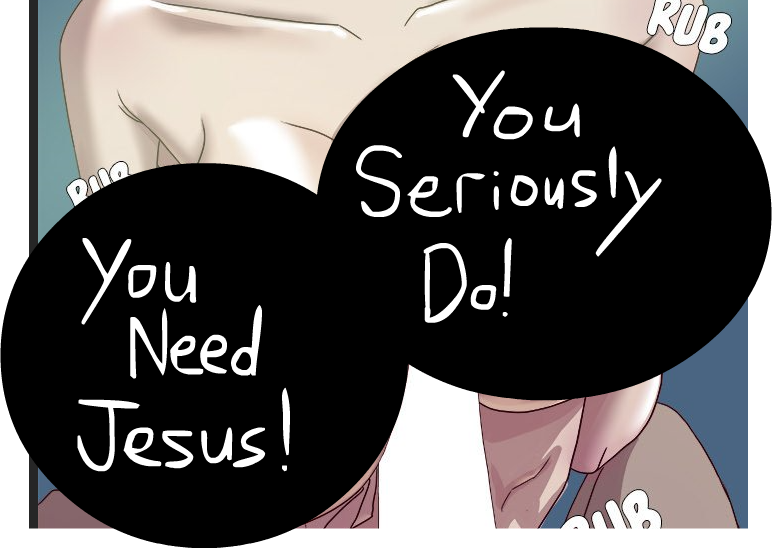 Where as the art is decent enough, the writing is an absolute mess with an honestly good idea deep inside if you look hard enough. The idea of Kichee rising up the ranks because of his mind control powers is one that is pretty good, one that if done right would lead to a fine story. Maybe even excellent if handled perfectly.

This webcomic did not.

The main problem is that there's no build up to the reveal, no sign that something like this was bound to happen. All we got was a bad ride, broken glasses and a stylist who falsely accuses him of screwing him over after he explains the situation. That takes place in the span of two chapters. Realistically, this should have four or maybe five chapters at least to build his frustration up.

I'm not going to focus on the side cast for long. At the end of the day, they're either bland, lifeless sex slaves to Kichee or people who are against Kichee.

The real meat here is Kichee himself.

I'm going to let a personal tidbit of my life out. I'm in a RPing community, and I have been for the last year or so. They have been some of the loving, supportive and honestly caring people I've gotten to know. I can honestly say they've made me better as a writer and person.

I used to have a friend who was in that community, but they ended up rage quitting and got exposed by my friends and I as being a pedophile. The last character he had was someone named Chloe. She ended up being one of the worst characters that RP due to how whiny, entitled and Mary Sue-like she was.

This character is like them, but worse. He is portrayed as a total nerd who is out of his league in managing celebrities. Fine. That isn't what gets me.

He's a complete Gary Stu and an arrogant, pervy bastard to boot. Sure, that's awful writing but that doesn't get me either.

What does get me are his actions throughout the comic. Guys, I may as well just say it. Kichee is a rapist. And this becomes abundant as he asks just about every woman in the comic for sexual favors at some point once he's got them putty in his hands. And the worst thing is that not only is it somehow justified because of his mind control powers, he gets away with it because he's 'making them happy'.

This is not okay.

Rape is a horrible crime to commit and when you include it in fictional writing, hell any writing in general, you damn well better treat it with respect. If you don't, whatever credibility you have had as a writer is gone. But normalizing, hell even justifying rape is a low I don't think has been touched before. If this got revealed to the world, they would be sent to prison for a long time. Maybe the rest of their life.

Papa Johnson is the person who writes for The Good Manager. This is all we know of them. Despite this, they deserves every bit of your scorn and hatred for glorifying and fetishizing rape.

Mingu (no relation to Pingu the Penguin) is the illustrator of this manhwa. And again, as far as I know, this is his first time illustrating a webcomic so hopefully once they're finished with this webcomic they can move on to something less fucked up.

The Good Manager is anything but a good webcomic. The art is fine enough, but that's all the praise this comic gets and I doubt it even deserves it. This is a horrible webcomic to read for anyone with a sense of dignity and respect. The characters are either unlikable or slaves and this webcomic not only normalizes rape, but the main character gets away with it by saying it's him being a 'good manager'.

Fuck that. Fuck rape. Fuck this comic. Fuck the author.

And most importantly: Fuck anyone who gets off to this stuff. You are the reason people like them are still able to get work and not rot in jail cells for the remainder of their lives.

I have sexualized and objectified women, made racist jokes and done some really awful shit in the past. Especially recently. But this is one path I dare not cross.

So yes, this webcomic pissed me off. And if it pissed you off too, then i'm glad we could be on the same page.

If you're so morbidly curious go look it up on Google. But seriously: Don't give this comic any of your time.