The Amazing Imaginings of Bubs & Baxter

NOTE: As of this date, the website has been suspended. The links will not work. If they do work, please delete this note immediately as the writer tends to be forgetful.

Cracked.com's forum members are amazing because they can actually digest this kind of thing. I found this in the forum's Worst Webcomic thread. I never thought I would see anything quite like this and I sure as hell hope that I never will again. Bubs & Baxter is one of those comics that seems to have good intentions, but those good intentions will lead you down a dark path into the mind of an animal activist who takes things way too far.

From the first page, we see the two main characters and their tragic past. Sorta cute, could be potential for a good comic, right? NOPE! We find the underlying theme of this webcomic: Hyuu-mahns are bad! This is the type of shit you normally expect from a pretentious furry webcomic. Now, I won't deny that us humans have done some terrible shit, but normally, you try to go about these subjects with some class and try to educate the people about these things so that they won't be repeated. Unfortunately, you defeat your entire fucking point completely when you say that the only way to stop the bullshit is to use the same barbaric tactics!

The story starts off cute; you think you're going to read about a cat-ish thing along with his dog-ish thing friend who are in the pound, and the two would have cute adventures. That's quickly tossed out in favor of the artist's extremist views and bullshit. The two go around and encounter all the negative qualities of man or show off how superior animals are to mankind, but it all occurs within the imaginations of a cute little cat and dog. There is no plot here, only bullshit! This comic demonstrates that you can have characters and things happening while still, somehow, avoiding a story forming from them. 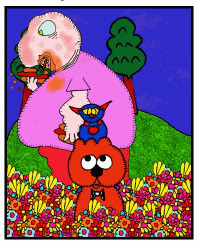 The art here only looks good when compared to the rare few comics we've already reviewed here. A viewer with any amount of taste will find almost nothing pleasing to look at. The backgrounds are bland with few details to distinguish places. Those details, themselves, are as descriptive as a fourth-grader's drawings. Would you like me to talk about the "animals" in this? I put "animals" in quotations because they look like monstrosities!

There is no coherence in Baxter's design; the mouth looks like a chin, the paws are literally blue dots, and I can't tell if the bump on the bottom is his crotch, his tail, or his butt. When he is viewed sideways, his design completely changes. Also, he's supposed to be a dog... yeah. Let that one sink in for a bit. As for Bubs, he looks like a blue gremlin with stitches on his flank.

What's worse in his comic is the designs for his antagonists: The HYUU-MAHNS! For example, take a good look at Oprah. You'd think this guy must REALLY hate Oprah considering how awful she looks. It would make sense, as artists tend to draw their enemies in unflattering manners. In the case of this comic, EVERYONE looks as bad as the Oprah example, even the animals, so I chalk that up to his poor drawing skills. There is ONE person that actually looks decent: a hippie mistaken for a terrorist. It's nice to know he approves of hippies and won't be murdering them anytime soon.

The jokes are either awful or non-existent. There are no variants of the two or any gray area. The humor either sucks or it sucks hard. One of the worst kinds of humor is a joke with a punchline that is impossible to figure out, and the art sure as hell doesn't help. It occasionally goes into dark "humor" mode, which ends up just being disturbing and leaves me wondering if I'm going to be stabbed after reading this comic.

The characterization is god-awful. We know nothing about the characters except that: 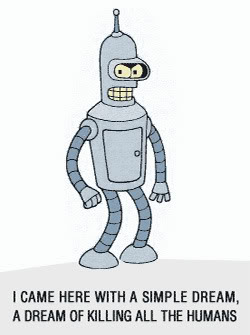 The only information I got about this comic was from the TWCL forum where the author, under the name eeplox, asks for suggestions. The only person who replied was someone whose only real criticism was that the web page has "way too much pink". In the same forum, he writes that his comic's message is:

I guess animal rights is a strong theme in mine, as well as the general absurdity that comes from the human dominance of Earth.

The guy seems nice enough, if you consider somebody who likes drawing humans as disgusting, meat-devouring monsters. There is an exemption for himself as he is the most educated human on the planet, unlike we savages.

While searching around, I found his Digg account where he tries to advertise his comic, a comment he made that tries to advertise his comic, and a comment on an article on the exact same subject on a different website where he (you guessed it) spoke rationally about the topic. Oh, I'm sorry. I messed up. HE TRIES TO ADVERTISE HIS COMIC. In fact, if you search "eeplox oprah" on Google, you'll find that he made a lot of comments on the exact same topic, which shows you just how persistent this guy is.

I used to believe in the philosophy that there is no such thing as an entirely terrible piece of art. This one webcomic has made me break that philosophy. This is the worst animal-related, non-fetish webcomic comic I have ever read. There is nothing remotely decent about it or about advocating violence against your fellow man. If you intend to help out animals, do it legally, and educate yourself on how to solve problems like a civilized human being. Violence solves nothing! 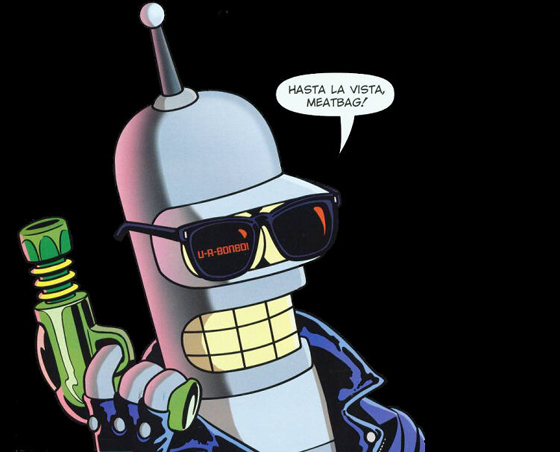