I stumbled upon this little gem in the Deviantart chat rooms, where people had recently found version edited on Encyclopedia Dramatica. With that as the starting point, I got into reading what the original creators had to offer me. At the end of it all, I was better off with ED, since it only took a couple of the original comics to grasp the badness of this whole project.

It starts falling down after the first panel of the comic above. There's no indication as to what law has been broken. Grand Theft Auto? Underage Driving? Speeding? Driving Under the Influence of Alcohol? Broken Taillight? Did the cop just need to show how much of a dick he was? The whole thing seems half finished. It's like half of the speech balloons are missing, the ones that gave us any idea of what's going on. It's not so much bad writing as it is the lack of any writing at all.

"But I wasn't driving!" PFFT! Neither one of you were driving! As far as we know, they barely sat on the seat when they noticed that a police car was just at the other side of the street. The cop probably got excited because the kids were going all "VRRRROOOOM! VROOOOOOMMMM! Oh no! We're being chased! BANG BANG! Take that copper! You'll never take me alive!" and wanted to join in. So let that be a lesson. When you are... near a car and you... get in it... you... "Even the Passenger Gets in Trouble"... Law!

And just what is that blank space?

Each comic page is a self contained story that informs you about each law in Arizona and the consequences of breaking those laws. At least that's what they're trying to do. Half the time I have no idea what the fuck is happening! When it comes to telling a story with a comic, you gotta make sure that people understand just what is happening. To do this you need to show the most important actions that are taking place. However, in the comic's second panel, we have no indication as to whether or not those two are really driving aside from the boy's hands on the wheel. There's no indication as to who truly owns the vehicle either, a little exposition can actually help short comics like this so long as it's not a gigantic info dump or walls of text á la Tim B^Uckley. Lemme try to fix up the first panel with some exposition.

Girl: Hey, are those the keys to Mr. Peterson's car? Boy: Yep, he dropped them behind the house, wanna go for a spin? Girl: Yeah!

You see? It's not that difficult to put in a little story into such a short comic. An extra panel could also help in this case as the cop should be shown being informed of a stolen vehicle instead of just magically realizing that a crime is being committed. You should always figure out a way to set up a story in order to grab the reader's interest and establish the setting correctly. You should also have even action so that it doesn't seem like certain panels are irrelevant. Seriously, there's panels that are completely useless in some of these comics, yet never is enough said about anything. What makes it so obvious? For all I know, that car belongs to the kid and the cop is a total asshole. Let's move on to what happens if you show off a bag of weed to a friend...

Whoa there, Law for Kids! Isn't that a bit harsh for M.P. there? 5 years in the slammer for possession of pot? Duuuuuude, whassssup?! Mellow out, man, have a toke and listen to some Pink Floyd! Just chillax and let the good times roll. Well, apparently weed made M.P. live a life of crime and corruption that led him to jail, while Mikey just moved on right along after giving that short tip. Completely guilt free. Some friend, huh? If Law For Kids is teaching me anything, it's that Cops have a spider sense for crimes being committed, and that your friends will ditch you if you ever become a liability.

And there's that blank space again.

Why do I get the impression that this artist took a note from Tim Buckley in terms of designing characters?

So far, every character I've seen has some of the most cold, dead, and emotionless eyes I've ever seen. They are always wide open, as in a constant state of shock, yet they show a lost, oblivious stare. At times, like the cop on the last panel, they're not even looking at the other people. They just wander aimlessly up or to the side. Maybe the law is so heavily enforced in Arizona that the people have lost all hope in that terrible state and secretly pray for salvation from above, but that salvation just refuses to arrive in their time of need. Or maybe they're robots sent back in time to kill Sarah Connor in the most gruesome way possible in order to ensure a future where robots rule the lands! Or maybe it's just copy pasted emotions that's severely awkward looking.

This comic is in dire need of a professional to step in for the sheriff's daughter. Most if not all of this comic is very lazily done and forced to fit into an arbitrary 5 panel limit. Most likely, the pacing sucks. There are instances in which nothing happens in half of the panels, but still nothing was explained. And that blank space... what's up with that, Law for Kids? Are you really plotting the panels out so lazily that you can't, I don't know, center the bottom row for even a remote sense of aesthetics?

This is where Law for Kids hits its weakest. Again, the art hardly tells you what's going on. Why are those two kids following orders in the first panel? Do they not have free will? Or is that third kid secretly the Puppet Master!? 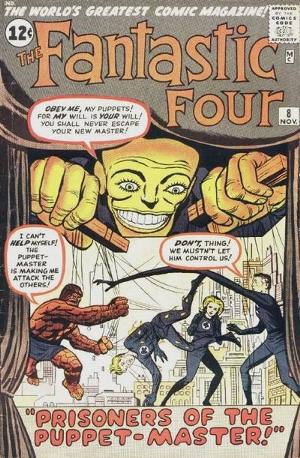 I've already repeated myself too much on the issue of clarity, but with an educational comic, you gotta make things clear to the readers. It is obvious that the guys thought that, the fewer the words they used, the easier it would be to understand for smaller kids, but I think a line needs to be drawn. There is just a point where simplicity actually becomes a hindrance, where easiness becomes condescending, and where so little information is just damn confusing. After reading these comics, I don't think it's safe to sneeze in my own car in Arizona without my passenger getting in trouble.

Apparently this comic is done by a group of people from Arizona. They seem very well versed in the laws of their state and wish to educate kids in how the law works (which is cool with me; people do need to know these things). But I'm sorry... you guys cannot draw your way out of a paper bag and I have no idea what's going on in these comics.

This is probably the only comic here that has honest intentions (not wanting to be popular, spout some BS message, or making an attempt to satisfy one's lust). They just want to educate children about the law. However, with B^Uckley style copy pasted emotions, lack of decent art, and lack of story, wanting is just not enough. The laws are nebulous and it's hard to comprehend what exactly is going on. The animations however seem to have a lot more production work behind them and by far explain things better, but I ain't here to sing praises about the animations! The comics are what matters! Hire some damned professionals, seriously!

And remember folks: Even the passenger gets in trouble.
Retrieved from "http://badwebcomicswiki.shoutwiki.com/w/index.php?title=Law_for_Kids&oldid=37863"
Categories: