The Adventures of Gyno-Star is a webcomic about a super-heroine named Gyno-Star who fights the evil forces of male chauvinism and the patriarchy by punching stay-at-home moms in the face.

From that description, you can probably guess that this is a political comic. Gyno-Star is a "feminist" comic, and I put "feminist" in quotes because anybody who actually values equality between the sexes would certainly want to distance themselves from this. Without agreeing or disagreeing with anything the comic says, I can tell you that it's completely inane just in the way that it expresses the author's opinions.

In this interview on TheObscureGentlemen.com, Gyno-Star author Rebecca Cohen says, "Every time I write a strip, I’m aiming to be funny, not to spread a message." 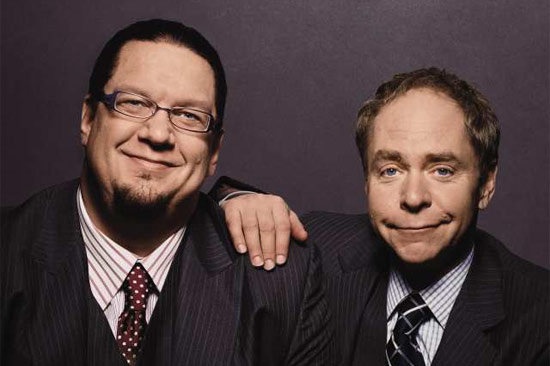 Like many political comics, this one presents very one-sided arguments, usually in the form of straw-man arguments, and often portrays anyone who doesn't agree with the author's opinions as being "sheeple" who can't think for themselves. You know, the sort of things people have been doing with propaganda since the beginning of recorded history. Allow me to elaborate...

Not trying to spread a message, huh?

When the comic isn't just whining about inconsequential bullshit, like beer commercials and men not liking to go shopping for furniture, it attempts to be a soapbox for the author's political opinions, but instead of actually presenting an argument, the comic uses a straw man to portray the opposition as "uneducated" and stupid. Instead of explaining why she feels that the Tea Party is wrong, she would rather just say something that amounts to, "they're a bunch of idiots who don't think for themselves and I hate them". Instead of arguing why she feels that capitalism is a flawed philosophy, she would rather just portray Libertarians as brainwashed, because, you know, nobody could possibly disagree with her textbook left-wing ideology unless there was something mentally wrong with them, right? Gyno-Star even flat-out states that "Libertarian views are demonstrably wrong", but does the comic ever make a case for that argument? No. It basically just says "people are stupid and will believe anything they hear, and that's the only reason why anybody would be a Libertarian."

This comic's idea of a feminist is a woman who kicks men in the balls and beats up other women who don't meet their definition of "feminist". I guess that makes sense; when you don't know how to make a real argument, you have to resort to violence. But I guess the comic is self-aware of this flaw to a degree, because Gyno-Star has an extreme left-wing sidekick who exists for no reason other than to make Gyno-Star look more reasonable by comparison.

While the comic does bring up real issues that are worthy of discussion, it does so in such a vapid, overly-simplistic, one-sided, insulting fashion that it just comes across like a parody of itself. It's more likely to turn people away from the author's ideology than it is to convince anyone to convert. But that's just the point, isn't it? It's not meant to convert anyone. It's just meant to appeal to people who already think the same way as the author.

Basically, Gyno-Star is the left-wing equivalent of Diversity Lane.

Aside from stiff postures, flat perspectives, and copy/pasting, the only really big problem with the art is the way Gyno-Star herself is designed. This is a "feminist" comic that tries to challenge culturally-accepted standards of beauty, but at the same time, the main character fits those standards perfectly. Sure, she's not exaggerated like the offensive caricatures we see in the arc where she gets captured by anorexic fashion models, but her outward appearance definitely fits the stereotypes we've come to associate with female superheroes.

Gyno-Star is a tall, thin woman with long, luxurious hair, big breasts, a skintight body suit that shows off her figure, and she even wears high heels. None of these things in-and-of-themselves are necessarily bad, but when your main character fits the standards of beauty that you've devoted an entire story arc to criticizing, that seems like a bit of a contradiction.

Gyno-Star was created by a former teacher named Rebecca Cohen. She currently contributes to Bitch Flicks ("a website devoted to reviewing films through a feminist lens") and something called "The Good Men Project".

According to this 2011 interview on jwa.org, Gyno-Star originated as something she doodled in her notebooks in high school long before it first appeared on the internet.

On September 7, 2014‎, a user 'TheWhispersOfSpiders' was created, defaced this article, and ended it by asking us for an apology.

Reading this comic reminds me of the debate over the "feminist" label. Dictionary.com defines feminism as "the doctrine advocating social, political, and all other rights of women equal to those of men", and a feminist is one who follows that doctrine. However, many people who would otherwise call themselves feminists avoid the label because of shit like this.

The word "feminist" has become synonymous with "double standards and whining". In the public eye, "feminism" has come to mean "advocating the rights of women over the rights of men", and has resulted in considerable backlash in the form of Men's Right's Advocates. That's why many people who would call themselves feminists instead call themselves "equal rights advocates" or something of that nature. It sounds less one-sided.

I bring this up because this comic isn't doing the feminist movement any favors. It conforms to the stereotypes associated with feminism not only with the way that it portrays men, stay-at-home moms, and just about anyone who doesn't meet the author's personal definition of "enlightened", but also with its virulently one-sided perspective. Cohen may claim that she's only making this comic to be funny and has no intention of spreading a message, but by making every villain a strawman of some opposing political position, and portraying anyone who holds to those ideologies as stupid and brainwashed, the comic comes across as nothing more than propaganda, the kind of propaganda that gives anti-feminists ammo in a debate.