I have learned from experience that if you have something to admit that might cause people to question your motives you should own up to it up front, instead of hoping no one will find out. Because, when people do find out, your willful omission of that information will only seem more suspect.

For example: If you find out your wife's comic is being made fun of on some forum, and you decide to go over there to defend her honour, using the same nickname you do on her comic's site, you should start by telling people who you are, and not wait for people to realize on their own.

But I digress. What I have to admit is this: I am an Israeli. I found this comic by entering "Israel" into the Deviantart search bar to see if there are any political cartoons about my country and stumbled upon this travesty. Just to get this out of the way and not be accused of writing this review due to some biased opinions I have, I.E. my political opinions not coinciding with those of the comic's artist, I would just like to come out and say that I do not fully support the position of either side of the Israeli/Palestinian conflict. I do not have any problems with people opposing the occupation or Israel's policy in general. Even if I don't always agree with them.

What I do have a problem with is people who choose to express their political opinion by drawing the opposition as monsters, Nazis and murderers, mocking the deaths of innocent people, and advocating the murder of more.

I will do my best not to let this review turn into a one-sided debate, where I pick out Latuff's cartoons with obvious factual inaccuracies and logical fallacies. But excuse me if I still get up on a soapbox now and then.

Been bad from day one.

The writing and political commentary in this comic is an insult to anyone with actual political views, on either side. This is like "Hal Lindsey" if he were a Muslim and was able to make sense.

You may not agree with America's foreign policy regarding Iraq and Afghanistan, but you have to agree that drawing a cartoon telling people to murder as many soldiers as you can is not an acceptable way to bring that across. His other literary techniques include: Drawing former Israeli prime minister Ariel Sharon making out with Adolf Hitler, drawing Alan Dershowitz jerking off to pictures of dead Lebanese war casualties, portraying people like Seung-Hui Cho of the Virginia Tech massacre and James Holmes of the recent Aurora Theater shooting as more or fewer heroes for killing other Americans, drawing a cartoon for the ten-year anniversary of the assassination of Yitzhak Rabin and, finally annually commemorating 9/11 by drawing cartoons that pretty much celebrate the event.

He is also a massive hypocrite. He is quick to criticize Western nations for anything they do wrong but completely ignores any wrongdoing on his own side. For example he has a long tradition of standing up for gay rights (albeit in a rather bizarre way), something I wholeheartedly support. During the 2005 controversy about the Israeli gay pride parade being held in Jerusalem, he made a cartoon ostracizing the Orthodox Jewish communities' homophobic response to the event. Still, never try to point out to him that the treatment of gay people in Islamic countries is far worse. Seriously, don't bother, he will just block you. He also has no problem making cartoons about how he wants peace in the Middle East one moment, and cartoons about how everyone in the IDF is a war criminal the very same day. He is in fact so hypocritical that he manages to even be a hypocrite about hypocrisy itself, blaming others for double standards while clearly being guilty of them.

Another problem is his utter lack of research. He takes every opportunity he gets to call any countries he sees as "imperialistic" out on anything he can think of, ham-handedly warping any news report into something having to do with his own political agenda. Like I have mentioned in the examples above, he twists mass murders into some kind of proof of the follies of western culture. Another notable example was when he made a cartoon calling a young man in Israel, who killed himself because he didn't want to join the army, a "hero". The fact that his suicide had nothing with politics, or the thought that someone killing himself is sad in any context and he should not be drawing cartoons about it, never crossed his mind. So he either didn't bother to do a single moment of research before beginning to draw that thing, or he thinks that a Jew killing himself is a joyous occasion in any case, and he deserves to be praised for his willingness to rid the world of his presence.

The only tool in his arsenal is an endless array of uninspired metaphors that he reinforces by either covering whatever he draws with the corresponding countries' flags colours, or simply writing "Israel" or "Palestine" directly on it. Brilliant, right?

This is my favorite one:

You see, Carlos was trying to explain that the suicide bombings are a result of the occupations. What better way to do it than drawing a suicide bomber blowing up a bus while yelling: "Suicide bombings are a result of occupation!" (?!) He also has another one where you see an American soldier being shot, and yelling as he dies: "I am dying for Bush's oil profits!". This man needs to pick up a dictionary and look up "Subtlety". Other recurring themes in his comics include: dead bodies, evil soldiers and politicians enjoying murder, people he doesn't like with blood on their hands, an endless supply of swastikas and anything and everything being recast as a concentration camp.

Other than that, there isn't much to say about his art. It's pretty good, with the exception of him never learning how to shade anything. Also, surprisingly, he resists the urge to draw all his opponents as a bunch of hideous monsters most of the time (not including the parts where he draws or photoshops them into literal monsters), which I am sad to say, still puts him ahead of some "political cartoonists".

Latuff's political views in a nutshell.

I have had a run-in with Carlos Latuff in the past. When I first saw his "art" I decided not to judge him right away, and give him the benefit of the doubt. I found a recent cartoon he had posted that I agreed with and sent him a personal note with additional information he may have not been aware of that supports his view. His response was something along the lines of "Thank you for your support". A bit short and impersonal, but okay. I figured he may be too busy to write a long response or held back due to his limited control of the English language. But hey, he didn't automatically block me like he is known to do, so I figured I had opened a line of communication with him that I could use it to prove to myself that he is not the bad, ignorant person his cartoons make him seem to be and restore some of my lost faith in humanity. The second time I contacted him was a few days later. He had posted another cartoon that I thought was incorrect about the facts (before you ask: No, I don't remember which cartoons exactly. It was long ago and I have already deleted my old conversation logs from those accounts). I sent him a polite note, informing him that what he was saying in that cartoon was inaccurate. I tried to be nice and inoffensive and awaited his reply.

If you don't think that's bad, I have four words for you: "Automatic response deletion script"... Yes, Carlos wrote a script that automatically deletes any comments left on his profile on DA. For someone who opposes censorship, he has a nasty habit of denying the ability to respond to his work and deleting the comments when he can't prematurely disable them.

He also seems to think that either the C.I.A or the Israeli Mossad are after him. Yes, you read that right. He honestly believes that his inane political cartoons, that he self-publishes online on free hosting sites, have earned him a spot on some international "Most Wanted" list. Yes, Carlos, I am sure they have you penciled in right between Ahmed al-Jabari and Hassan Nasrallah.

I notice now that I am talking and talking, but I have yet to tell you anything biographical about Carlos. So, in short: He is 44, born in Brazil, spent some time in the Middle East in the '90s and had some of his cartoons published in some magazines and newspapers that I would consider disreputable. Don't get me wrong, I am not saying the things he got published in were tabloids, I am saying that I don't think any kind of written press can allow itself to publish something like this, and still maintain their journalistic integrity.

Oh, and he also won second place in an Iranian contest for cartoons mocking the Holocaust. 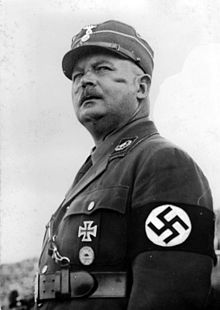 Another infamous homosexual, for the record.

To save you the time of reading this comic, here are the central points it is trying to make:

I could go on and on explaining all the things that are wrong with these comics, but I think I have said enough.

In conclusion: This isn't a comic, this is propaganda. It's the literary equivalent of compost. Don't read it.