The avatar that the author wants this comic represented by.

I've known about this one on Comicfury and Deviantart for years. Recently a new user brought a treasure trove of useful information to my attention, so I thought I'd make a review finally. 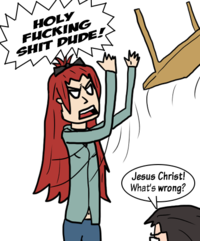 The Asta Engines are roaring. 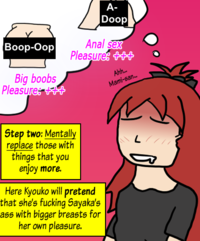 The girls be whoring.

This comic is meant to be comedic in nature, so lets see what this particular Felix has in his magic bag. We've got sex jokes, bloody sex jokes, violent sex jokes offensive humor, game references, potty humor, Rick and Morty faces that I'm certain he traced, raging about dem SJWs, calling the United Nations pedophiles I guess, or lots of strips where the punchline is silly reactions, or just laughing.

A particular low point on this shock street was this one strip where two girls traveling to Sweden get raped by Muslim men...and thats it. How in Spider Jerusalem's nuts is that supposed to be funny? Even if one wants to see Muslims criticized, this imagery should still be horrifying or rage inducing. it would be like Achmed the skeletal terrorist actually managing to kill people, who would want to see that?

And oh yeah, one strip where he tries to make serious commentary on censorship, which I feel is just a mite undermined by all this strip's of "go back to tumblr", and the general irrelevant tone throughout the strip.

Many of these strips are more poorly structured than a drunk Kelly Thompson. Like this one for instance instead of making three panels of laughing, why not instead make the crappy Overwatch OC the punchline that followed three panels of setting it up.

Its fine if you're one of those people that hates political correctness and wants some spice in life. But if the main thing you got going for your webcomic is just a constant flood of aimless shock value, with no greater direction or structure, then we are going to get us some diminishing returns. Akin to if I eat hot pepper each day, my tongue will build up a resistance, and progressively get less of a kick. Anything from Mr. Pickles Good Boy, to Mark Millar's Unfunnies comics demonstrates this lesson as well. 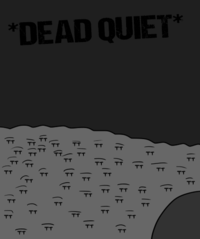 The earliest strips were the epitome of juvenile, with thin straight bodies, square-like heads, and thin noodle arms with itty bitty hands that Noelle Stevenson would be embarrassed by. The effect is ironically very tumblr-like, but with the added bonus of the figures not being fully colored in. Now to be fair and honest, Asfoxger's art does evolve very slightly at first, with the figures being a little bit more curved and the heads less squared. And then around the comic's 3rd anniversary the art gets a much more noticeable upgrade. It is now much less thin, with the bodies being more rounded. But don't get me wrong, the poses are still very stiff, and the anatomy is offputting, like having small heads, or oddly wavyarm outlines, or flat looking skirts and legs. The comic layout is still boring and square, and the backgrounds are so lacking it hurts. Alpacaman has made some very in-depth critiques of Asfoxger's works here.But it is still centimeters better than what he started with.

The reason for this slight step up? Oh, this is quite rich. The man unapologetically traces over 3D models, taking a shortcut to reach this paltry microbe of improvement, instead of honest practice. Asfoxger will even defend his tracing rather aggressively to anyone questioning it. He'll even think there's an evil anti-tracing conspiracy that will shut down whole forums for trying to make tracing look positive. And no, the man is not using tracing as a learning tool at all, its a crutch for him, plain and simple. And its a pretty embarrassing when Greg Land's tracing looks professional and fitting by comparison.

Asfoxger's classy response to his opponents.

Well, Asfoxger has drawn and ranted his way around the internet for about ten years now. Early on, in a now defunct Deviantart Account called Minikomikweb, he drew some Sonic fanfics with a Tails based self insert. At 2012, he tried making a visual novel called Pureza, which is the Spanish word for Purity, and a prequel to a comic he made and rebooted later called Pureza R. The "art" of this visual novel were one step away from being stick figures.

His personal politics are well down the Right Wing rabbit hole, taking part in The Donald and Men Go Their Own Way subreddits, to a Spanish Nationalist youtube channel. He likes to think women are getting too many benefits in the Occident. And of course butthurting about forced diversity and what-not.

Irreverent humor can get a crowd, but this guy isn't. He's never going to put any decent effort into improving his art or writing, and his humor will be at a very specific niche at best. The optimal way this comic can be entertaining is in its general ineptitude, akin to a webcomic equivalent of Manos The Hands of Fate.

Another probable factor in his all consuming black hole of talent is his trying to juggle too many webcomic series at once. These all have about the same level of skill, and same sorts of humor that we've seen in Yurist's Closet. But none of these yet have the length of Yurist's closet, and aren't quite worth their own articles. 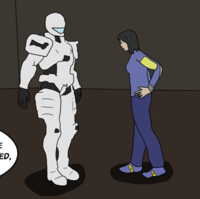 The continuation of his visual novel Pureza from years back. Its a semi serious tale about evil corporations, government operatives and mech. suits, but the plot has not progressed very far, due to Asfoxger getting bored and moving onto Yurist's Closet and Metal Girls Galaxy, like the buffonish clown of industry he is. The art in Pureza varies a lot, from his older almost stick figures style to to photos with a filter and with jagged attempts at cel shading. 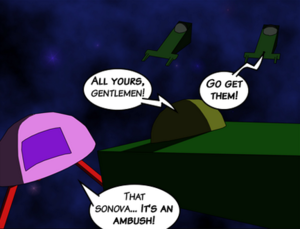 Do not get this confused with the third Babymetal album. No, this here is Asfoxger's attempt at making a comedic science fiction adventure, with horrednous attempts of spaceships that give way to a more slice of life looking direction. One of the heroines is an android, which is where the name came from. There's the usual Asfoxger tropes of Yurist girl on girl action. 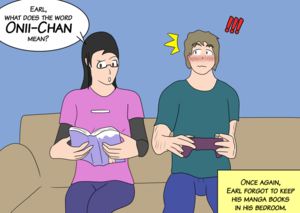 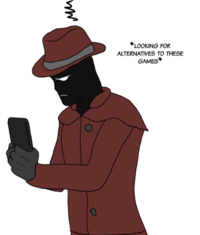 This one is just him talking about politics, sometimes with a self-insert that looks like a knock-off of the Mysterious Mr. Enter. And its just his typical politics of "them oversensitive SJWs" this, and "evil censorship" that. He may sometimes toot the horn a little early.

His even more overtly pornographic webcomic, that follows a 15 year old girl getting barely consensual sexual intercourse in a variety of manners and locales. Be prepared for some good 'ol vaginal closeups, ye faint of heart. 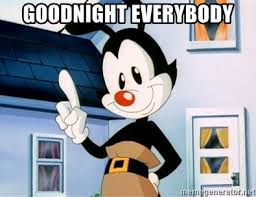